The term “clip thinking” came from the English “clip”, which means “excerpt or fragment.” With this type of thinking, a person is practically unable to concentrate on something for a long time, and he perceives information mainly in fragments, in short fragments and vivid images. It is difficult for people with clip thinking to focus on a large text or watch a long movie.

Many parents are extremely concerned that modern children are completely (as they think) deprived of the ability to listen and hear, read and understand what they read, and analyze information. Most of their time (and not only them, let’s be honest) goes to surfing the net, playing games…

Where is the world heading?! What will be left of culture, science?! These questions are being asked today not only by scientists (sociologists, culturologists, futurologists), but also by the most ordinary people who, by the will of fate, have witnessed the onset of a new information era.

Many are pessimistic, predicting complete degradation of humanity … And I, frankly, understand them. However, common sense (or just natural optimism?) tells me that such reactions of ours are just emotions. And all the right thoughts (as I remember, Napoleon Hill wrote in his book Think and Grow Rich) come only after the emotions end. Therefore, I urge you, too, not to succumb to emotions, but to try to consider the issue from different angles.

Of course, not only the world around us has changed. We ourselves have changed. Our thinking has changed… And the way we process the information coming to us from the outside. The reason for these changes is obvious: previously information had to be mined, but now it is increasingly necessary to defend against it. But this is not degradation, but adaptation to new conditions!

From the history of the issue

The term “clip thinking” was coined by our contemporary, Russian philosopher Fyodor Girenok. But this term took root only in Russia. The rest of the world uses the concept of “clip culture” proposed by the American philosopher, sociologist and futurist Alvin Toffler in his work “The Third Wave” (1980) to describe the culture of developed countries, which is characterized by (I quote!): “mosaic and fragmentary image, its brightness and short duration, rapid change by others; illogicality, fragmentation, fragmentary information. In both cases, we are talking about global changes in modern society. The text as a sequence of signs has ceased to be the basis of culture. His place was taken by flashing “information segments”.

Clip thinking, or the New is the well-forgotten old

Clip thinking is a new term, but not a new phenomenon at all. In fact, some people have always had the so-called “clip thinking”! They were restless and categorically did not want to pore over books. They were attracted by new opportunities, events, changes! Knights and troubadours, pirates and itinerant artists – these are the typical carriers of that consciousness, which today is called “clip”.

Another thing is that the rhythm of life in the village of the 19th century, for example, was completely different than in the modern metropolis. In a snow-covered manor, even a person with clip thinking willy-nilly slows down, begins to listen to whispers and rustles, pay attention to the smallest changes in the landscape and look for impressions in books … Nowadays, even the most systemic and thoughtful individuals are forced to learn how to multitask , switch, be distracted, pull out only the most important in the flow of information, and reject everything else with regret. Otherwise, do not survive!

Various combinations of the features listed above are possible. So, for example, a person may have great adaptability and strong intuition and not have any problems with self-control. Or have a developed EQ and have a poor grasp of the essence.

Pros and cons of clip thinking

Clip thinking (as well as systemic) has its advantages and disadvantages. It all depends on the specific situation. Imagine a lawyer or surgeon with clip thinking. Obviously, this is fraught with big problems for the client. But for a kindergarten teacher or a counselor, as well as for the head of an enterprise, for example, clip thinking, on the contrary, helps, because it makes it possible to act in the same multitasking mode and constantly adapt to a changing environment.

Being formed in an information-rich environment literally from birth, having the screen of a parent’s and then a personal tablet in front of his eyes, the child actually undergoes a violent change in the type of thinking. Perhaps, from birth, he is quite inclined to reason and analyze, first to think, and then to do. And always finish what you start. But are you inclined towards it?

The parental model of behavior, our habits, values, manners (along with gadgets) have a serious impact on the child. Therefore, try to communicate with your child as much as possible, as well as monitor how much time he spends on the gadget. And most importantly, what this time is filled with, in what form this or that information comes to it.

The child in the process of development changes very, very significantly. Therefore, never rush to conclusions about the type of his thinking. And even more so his educational and career prospects. Even the most seasoned ADHDs , who can’t sit still for even a minute (and you can’t tell if they are already distracted or not yet attracted), may well show their excellent analytical skills to the world in 5-10 years.

ADHD (attention deficit and/or hyperactivity disorder) is a neurological-behavioral developmental disorder that occurs in childhood. Pathology has more than a dozen symptoms. The most common are the inability to concentrate for a long time, absent-mindedness, inattention, restlessness, irascibility, poor memory.

How to deal with clip thinking

I’ve been getting asked this question more and more lately. The approach itself is wrong: it is not worth fighting with thinking, whatever it may be. It is better to formulate the goal differently, so that it sounds creative, not destructive.

Such goals are quite achievable. Let not immediately, but in small steps, but, nevertheless, every step in this direction, of course, is for the good of the child (the main thing is not to go too far, to avoid violence). So…

Summing up, I want to say again: there is nothing fatal in clip thinking. This is not a sentence, but a natural reaction of our psyche to changed conditions. And the main thing here is that our thinking develops throughout life. It’s never too late to make the necessary adjustments. 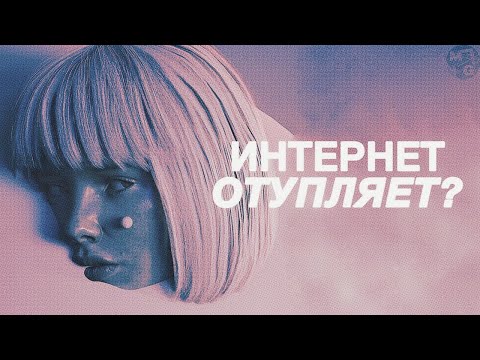 Step-by-step instructions: how to transport a dog on a train